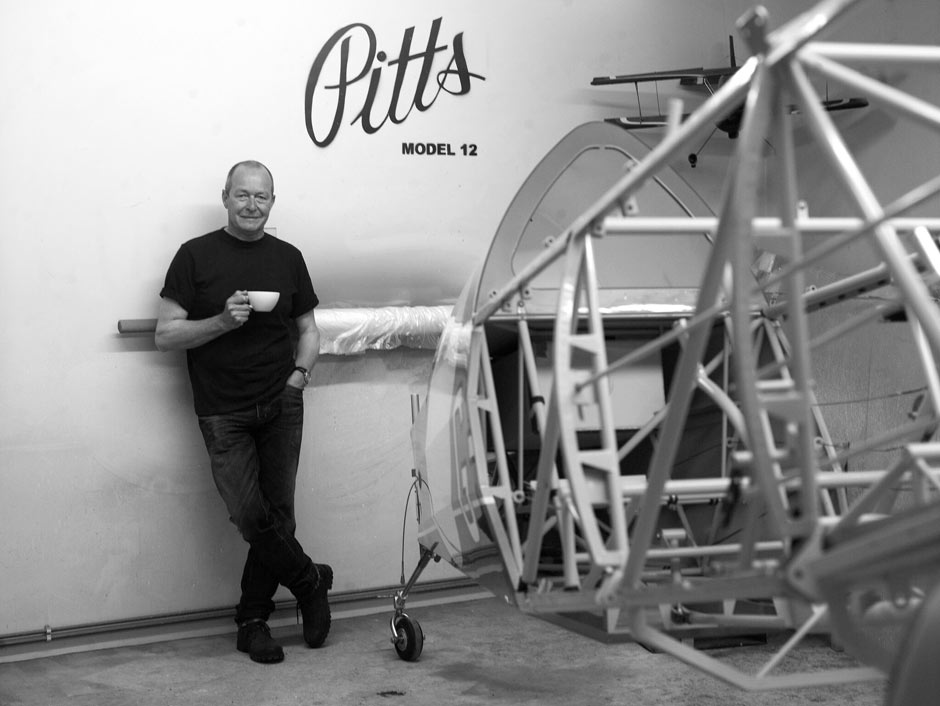 The Classic Architecture Company, based in Salisbury, Wiltshire, was established by Peter in 1982. Peter is not a qualified Architect but an Engineering graduate, Peter’s career began in the aircraft industry as an engineering apprentice with Rolls Royce Aero Engines. But a passionate interest in house design and historic buildings led him into property development and building design.

Peter’s enthusiasm for historic buildings has always been a strong influence on the practice. Even early on, his designs represented careful studies of historic architecture. This permeates through today in his inspiring work that blends contemporary and classic traditions with notable success.

As well as innovative design for new build projects, Peter has considerable experience in building conservation and restoration, particularly when connected to the re-use of redundant buildings. Diverse conversion projects ranging from 16th-century barns to a 19th-century school have given him specialist knowledge in a wide range of materials and construction.

In 1998 his work restoring a Grade II-listed town house was followed in a TV documentary series ‘Kingsbury Square’. The fourteen half-hour programmes followed the progress of the project under Peter’s supervision, covering every aspect of the conservation work.

Renowned for his creative response to a brief, Peter has been instrumental in developing the practice’s reputation, which is recognised by eleven Architectural awards, both at a local and national level.

Peter has kept a link with his first career in aviation. He has been a qualified pilot since 1982 and an airshow pilot since 1999. Highly qualified to Advanced Level for aerobatic and formation flying, he is also a Rating Instructor and teaches advanced skills to qualified pilots. in 2012 he started an ambition to build an aircraft and in 2017 it was complete and took to the air for the first time. Have a look at www.superpitts.co.uk

Responsible for finance, management and marketing, Sandy heads up the business side of the Practice. As a founding partner, she’s integral to the company’s growth and reputation, and her expertise in structuring finance and managing works programmes is a major contributor to the practice’s success.

Equally at home with staff recruitment and management, Sandy’s vision and open, approachable style create an environment in which the Classic Architecture team can thrive and produce their best work. Please contact Sandy if you would like to join our team of friendly Architects in Salisbury. 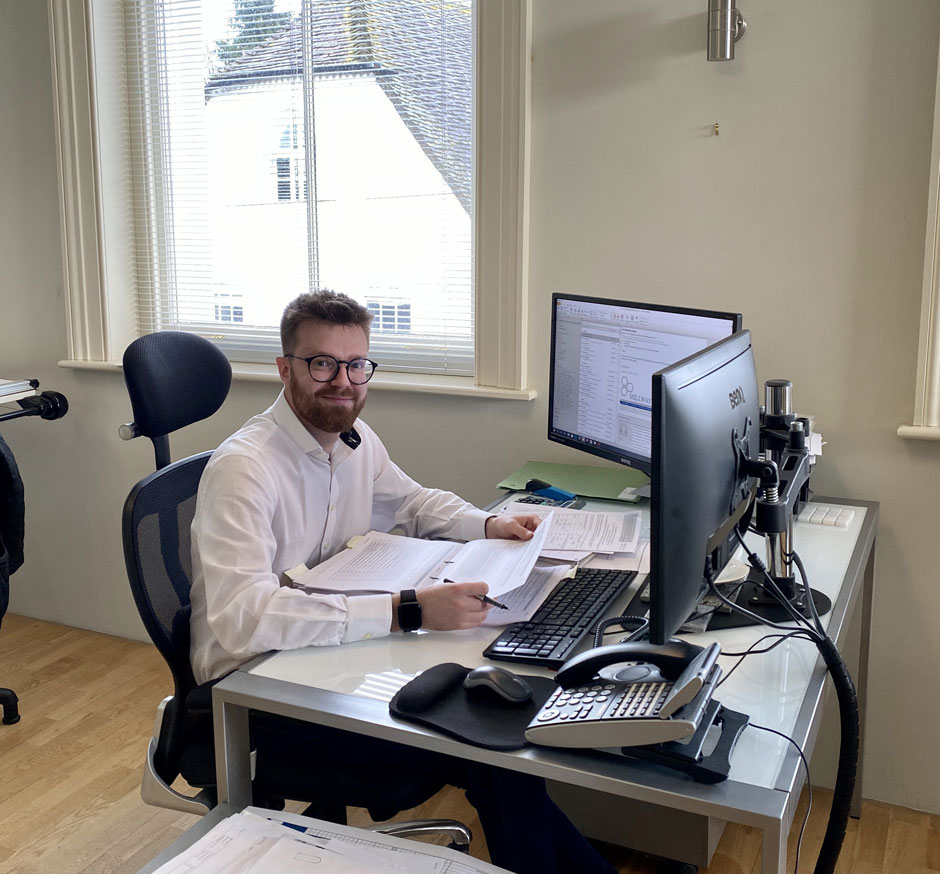 Adam joined the practice in 2016 after graduating from the University of the West of England with a Honours degree in Architectural Technology and Design. He excelled in his final year and was granted The CIAT Award for The Outstanding Graduate Student prize. He was chosen out of 600 students to display his work at an exhibition to celebrate the universities 20th anniversary.

Since joining the practice Adam has had experience working in building conservation and classical detailing. His skills extend to the challenges of contract supervision in the day to day running of client projects.

Adam has worked closely with the Director as well as direct client relationships through all stages of practice projects. His areas of expertise now extending to building surveying and analysis, project design from concept through to planning, detailed design and the administration of onsite contracts.

With the breadth of experience he has gained since he graduated Adam is now working towards his chartered membership of CIAT. 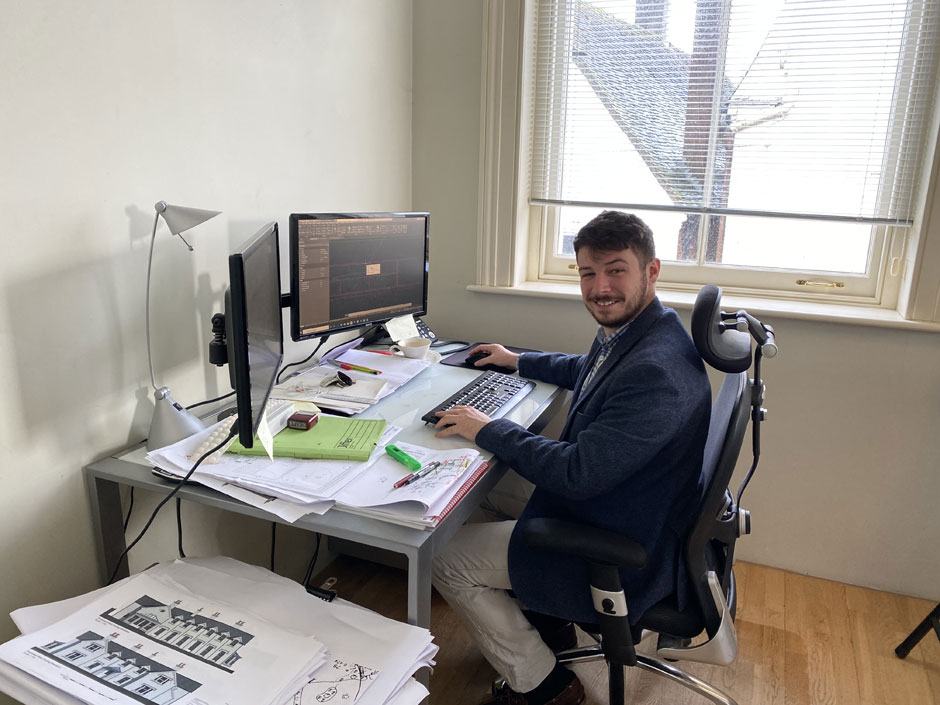 Max is a RIBA qualified Part I Architect. He graduating from the University of Greenwich in 2018 with first class Hons, awarded as one of the top architect students of the year. Following graduation Max worked with Orms Designers and Architects in London as an Architectural assistant.

Max Joined the Practice in 2019 working on a mix of traditional and contemporary domestic architecture and also working on the restoration of existing properties. Max’s role within the practice is to prepare CAD drawings for both planning and detailed design stages. He also has played a role in providing support the design team in solutions arising from the construction phase with projects on site.